Smart personal assistant with an emphasis on viceral privacy notices

eGregor is a research project by Christine Geeng about better aligning common mental models for smart personal assistants (SPA) with the reality of how they function. Geeng seeks to use imagery drawn from the Cthulhu Mythos, wherein humanity encounters grotesque beings so complex and vast that they are utterly incomprehensible, to provide users with a more complete understanding of how their SPA actually works. SPAs are household assistants that have functions such as setting timers, reminders, making phone calls, all based on voice commands from the user. Popular models include Amazon’s Alexa and Apple’s Siri. The legal documents describing the use and storage of user’s data for these devices are often hard to access and even harder to understand. As a result, the mental model of the user as to how the SPA functions is often inaccurate. eGregor attempts to remedy this problem by styling itself as an unknowable horror both in appearance and usage. 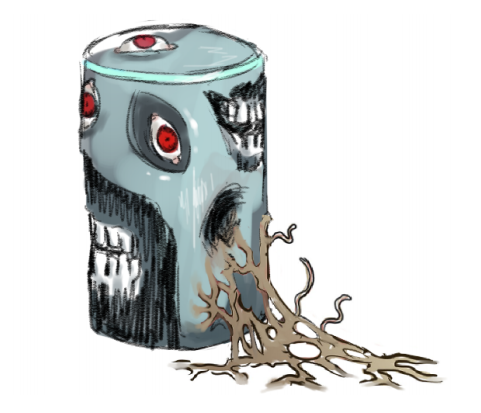 The appearance and verbal commands needed to use eGregor serve to make the user aware they are dealing with an unknowable entity. eGregor is covered with distinct eyes on all sides that blink and emit red light when it is collecting data. Speakers on the device emit both the Shephard tone and a chorus of the privacy policy being chanted on repeat. The intended effect is to make the user aware that they are being recorded by a vast and alien entity. To build on this theme, eGregor is activated by referring to it as ‘eGregor’, ‘the Eternal Collector’, ‘the Undying Aggregator’, and other similar titles, and the user must acknowledge implicitly that they are aware that eGregor is eternally collecting their data. When issuing commands to eGregor, it encourages users to consent specifically to the data that they allow eGregor to process, with examples such as “I consent to your discovery of my physical form if only you tell me what the coming tempest shall bring” when asking about the weather, and “I relinquish my very voice to you oh Eternal Collector” (4) when activating it. Coupling these unnatural commands and titles with the grotesque appearance of the device serves to make the user aware that their SPA is unknowable, recording everything they say, and that they should be careful with their personal information. 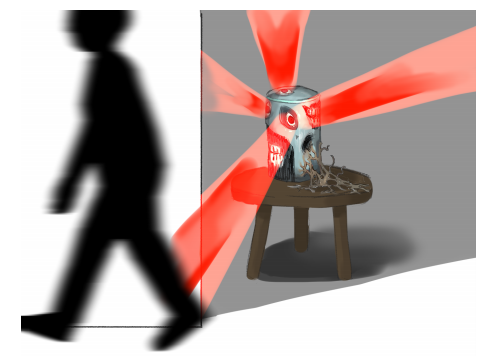 eGregor is a work of research that intends to draw the parallels between how SPAs function and the unknowable horrors of Lovecraftian fiction. It makes it clear that even by speaking to it, the user is relinquishing some of their privacy, namely their voice, to eGregor, that this data will be seen by an unknown amount of people, and that it likely cannot be deleted from eGregor. Additionally, the purposefully obscure nature of privacy policies, which are usually rich with legal jargon and can be hard to even access for the average user, is contrasted with occult chants. eGregor is a clever work of research and art that uses pop culture to better align the user’s mental model of how it functions with the reality of the device.